The modern version of Halloween has had many influences from various cultures throughout history. Even dating back to an ancient Roman festival called Pomona, which celebrated a goddess of the harvest. Some of the games played during Pomona have even survived to this day, such as bobbing for apples. The pagan Romans even had a holiday all about the dead called the Lemuria which took place on May 13th. Christianity has also had a massive influence on the holiday. When Rome converted to Christianity the Lemuria was just changed to All Saints Day/Hallows Day. It was a day to honor revered dead Christians. The church would eventually move All Saints Day to November 1st in an attempt to nullify the extremely popular and enigmatic pagan festival of Samhain. Which is Irish Gaelic for “summer’s end.” Though Samhain, when said correctly, sounds very different than a native English speaker may assume. The standard Irish pronunciation is “sow-in” with the “ow” like in “cow.” But there are other Gaelic dialects that pronounce it differently such as “sow-een” “shahvin” “sowin” (with “ow” like in “glow”) and “sawain” among many others. The Scottish spelling in Gaelic is “Samhuin” or “Samhuinn.”  So with so many different ways to pronounce Samhain, if visiting places that revere ancient Gaelic culture it’s best to just go with plain old “Halloween” or even “Hallows.” 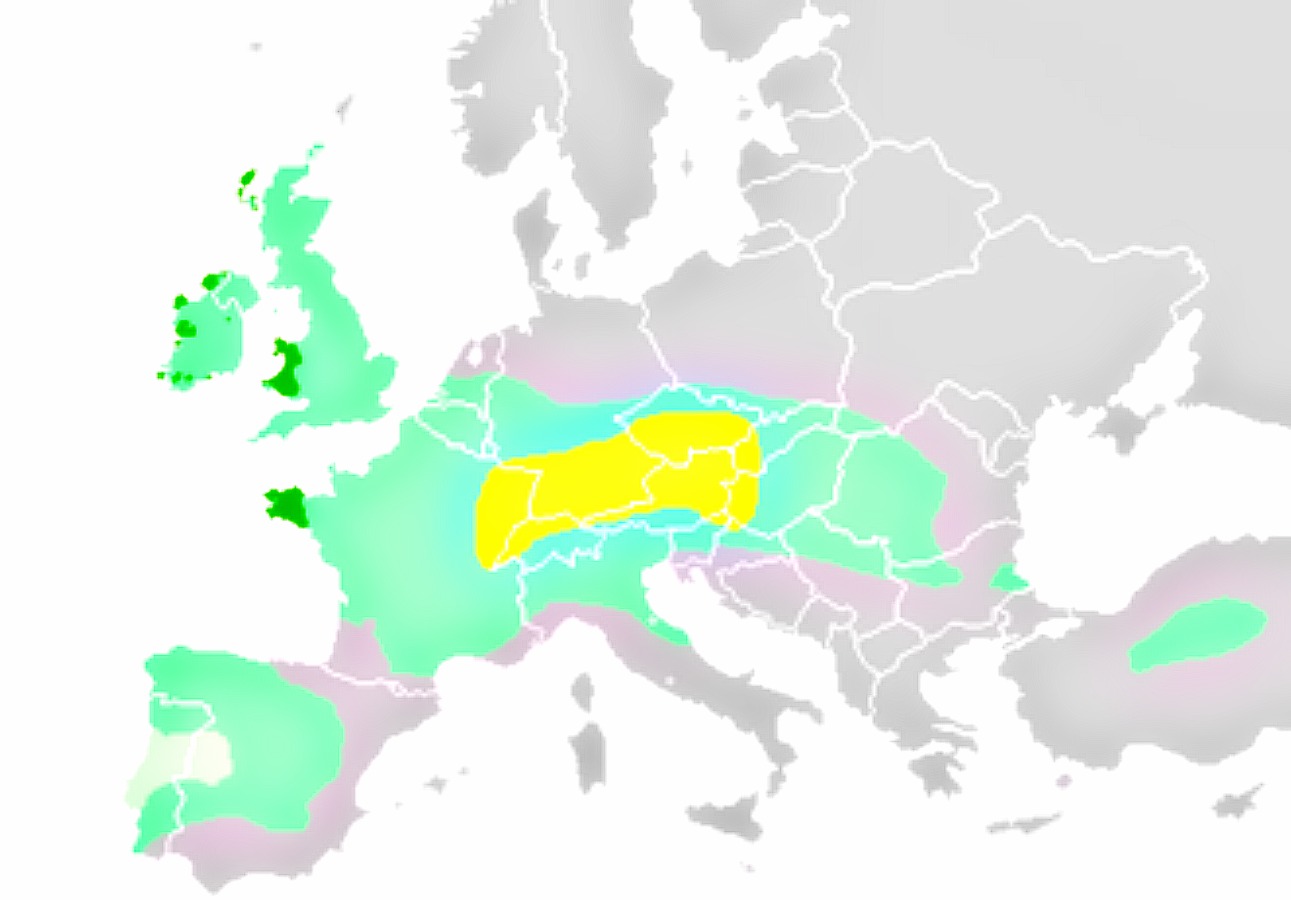 The Celtic culture at its height

Sadly a lot of the information we know about the Celts have been handed down to us from ancient Roman and Christian (Catholic) scholars, as well as folklore collected in the 17th century. All of these sources are horribly unreliable and biased. The Celts themselves recorded their history orally for the most part, with any little that was documented being destroyed by the church as they attempted to absorb all pagan religions. It was also a common Catholic practice to alter pagan traditions and “Christianize” them, in a way. In doing so it was much easier to convert the non- believers. So in a strange twist, Christians helped keep some of the pagan traditions alive (though greatly altered.) But, despite the lack of any objective scholarly work documenting the history of the Celtic cultures, and the attempt to wipe them from history, it’s not too hard to connect the dots and find the origins of our modern Halloween in the pagan festival. Enough objective information has survived through the ages in places like Ireland that can help us paint a pretty accurate picture concerning the ancient holiday of Samhain.

However, there’s also a lot of confusion about what Samhain was thanks to pop culture. Fiction has taken a lot of liberties when it presents the Celtic holiday. And usually, they don’t even pronounce the Gaelic dialect right (especially in T.V. shows.) The Cartoon Network Hannah Barbera produced Halloween special being one of the worst transgressors. Many people took the cartoon as historical fact with many famous YouTubers who’ve reviewed it actually saying it was educational. It shows ancient Egyptians practicing a form of Holloween and witches at Stonehenge and all kinds of other silly stuff that’s completely made up. But books and comics have also had a huge influence on presenting Samhain incorrectly. Many times they even depict Samhain as an entity in and of itself instead of a festival celebrated by Celtic societies. The idea that Samhain is an entity of Halloween comes from Charles Vallancey. A folklorist who lived in the 1700s. He’s a perfect example of Christian scholars warping information to suit their own worldview. And sadly it caused a domino effect for later writers to just take his writing as fact even though his work concerning Samhain was mostly fiction. In modern times we have a much more accurate view of the Celts and their festival of the harvest.

The Celtic calendar divided the year into two halves. The dark and the light. Samhain was the start of the dark half of the year. It was the end of summer, not a celebration to the god of the dead like some pop culture would have you believe. Though officially Samhain takes place on November 1st, the celebrations did begin at sunset on October 31st. They would light massive bonfires where people from all over would gather to burn crops and sacrifice animals to Celtic deities. In doing this they honored the gods and gave them their fair share of that year’s harvest, which would guarantee another bountiful harvest the following year after the darkness of winter had ended. In ancient times farming and crops were no laughing matter. If crops failed people starved and wars could engulf the clans. We’re spoiled in modern times but to the Celts, death was always around the corner and people from all walks of life would see death on a daily basis. Not like now where people can live their whole lives without ever seeing a corpse. So the harvest represented life. Samhain was also a spiritually symbolic time for letting the past go and opening oneself up to new possibilities the future presented. In this spirit, Celtic families would often clean out their houses and land removing clutter and old things.

The festivities of Samhain were exotic and immensely stimulating. The Celts that gathered around the massive bonfires would wear costumes and dance, singing songs or chanting poems. Many of these dances were expressive forms of art that would tell tales. Cycles played a massive role in their culture with the Wheel of Life being one of their most sacred beliefs. Many of the dances would revolve around the ever-changing rhythm of life and death found all throughout nature. So you can imagine these masked dancers expressing symbolism through their movement while the firelight illuminated them in the darkness was most definitely provocative and enchanting.

The costumes the Celts would wear on Samhain had many purposes. On the eve of Samhain, they believed that the veil between the material world and the spirit world waned during the transition from the light half of the year to the dark. A human could possibly wander into other worlds just as beings from other worlds could enter into ours. Honored dead were even given leave to rise up from the Otherworld and walk freely among the living. Many of the costumes were meant to show respect to them. Though not all dead were honored or given leave to pass on to their next existence. Depending on one’s deeds in life, someone could be trapped inside the body of an animal upon death. If this were the case the Lord of the Dead would release them into their new incarnations during Samhain. Wearing animal costumes was symbolic for these once trapped spirits being let loose once more into the physical world. Hence all the animal masks in many Celtic rituals. Though not all costumes and masks were animal-related.

These costumes were also meant as reverence to the gods and goddesses of the harvest. Along with the sacrifices, it was a way of showing how thankful they were for all that had been provided for them throughout the past year. Or if there had been a conflict between Celtic tribes it was also a way of showing thanks for any victory, or any trouble the community had overcome in general. Their culture was incredibly spiritual so they were always quick to request aid from deities to overcome hardship. Wearing a mask representing a deity on Samhain showed how thankful one was for the strength they’d been given to overcome tribulation. This reverence was also a way to request future assistance from the god or goddess to get through the cold and harsh winter to come. And aid them once again in any trials they may face during the dark half of the year so they may live to harvest the fruits of the land after winters end. 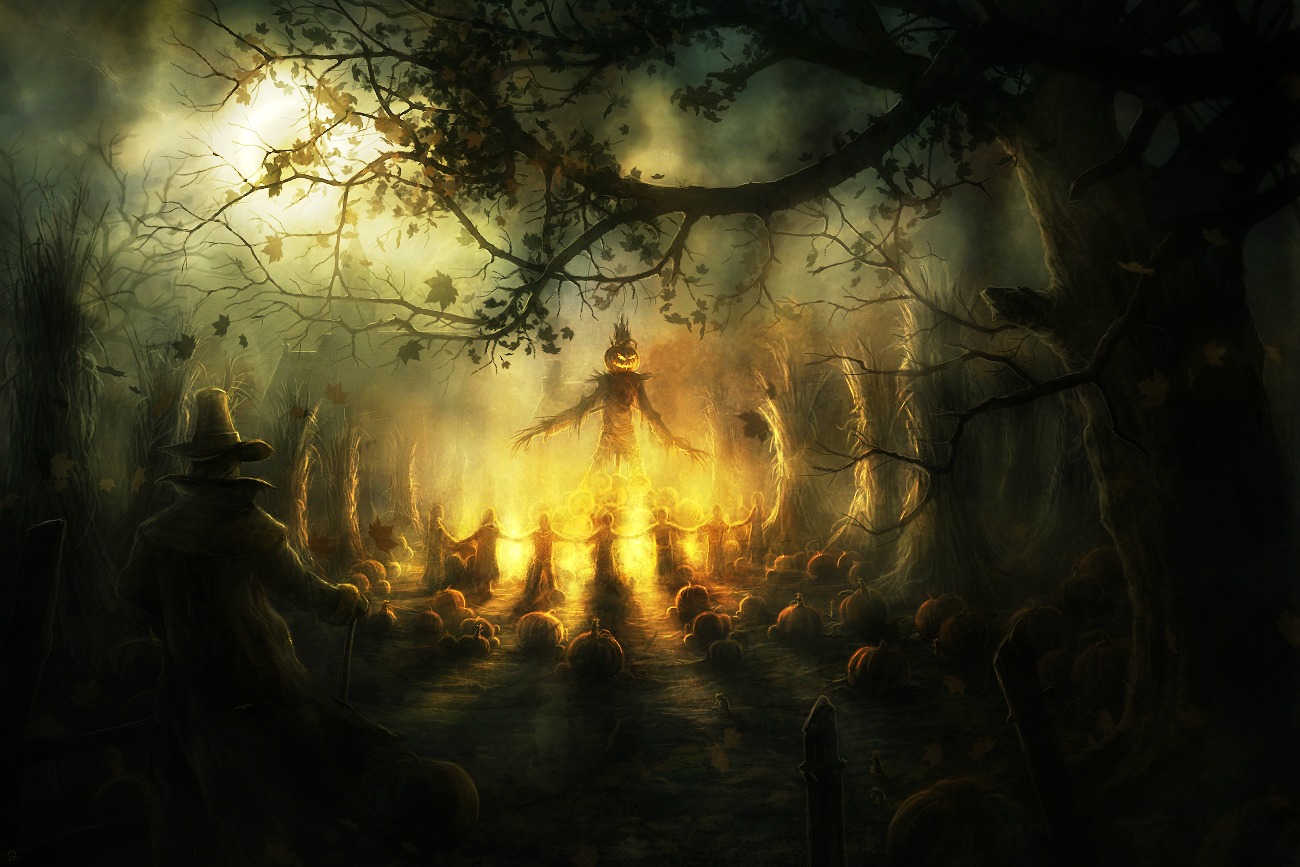 My time of year

However, there was another reason the masks and costumes on Samhain were essential. Not all the dead were honored or sacred to the Celtic people. The Spirits from the Otherworld were just as assorted as those in the living. With there being the good, the bad, and everything in between. Malevolent, sadistic, and vengeful souls could cross over just like any other. So for good reason, many Celts had a great fear of the evil dead. They could cause great misfortune, destroy crops, kill livestock, or haunt those who’d wronged them in life. Some sought to simply torment the living or cause suffering and death if they were strong enough. So to hide one’s identity during Samhain was an extremely efficient way of avoiding dark spirits and not fall prey to their trickery or supernatural wrath.

Celtic Shamans and Druid Priests were often thought to have highly enhanced spiritual powers during Samhain. It was the perfect time for prophecy and fortune-telling. With the veil so thin between the physical and spiritual world, they could communicate far more efficiently with the gods and goddesses, as well as the nature spirits that lived unseen but all around mortals. Requests could be more effectively made, and bargains easier to obtain with the Celtic deities. For these reasons, the spiritual leaders of the Celtic cultures during Samhain had an insane amount of power and influence over the clans. Countless people would come to them requesting a plethora of different needs and wants. But it was also one of the most powerful times of the year for the Celtic Shamans and Druid Priests to understand the will of the gods and dictate them to the masses. Some Roman references even describe divination tools similar to modern ones like the precursors to tarot cards or channeling. But they also used tea leaves, casting bones, and a variety of other tools to make their predictions and prophesies.

During the latter half of the 20th-century practitioners recognizing this ancient holiday greatly increased in number (or at least something based on it.) There was somewhat of a Celtic renaissance with the dwindling influence of the church over the masses. To modern pagans and Wiccans, it’s one of the most important times of the year. Though the way Samhain is practiced by these neo-pagans can actually vary greatly. Some groups prefer things to be as historically accurate as possible while others blend folklore and modern traditions to become something almost entirely new. 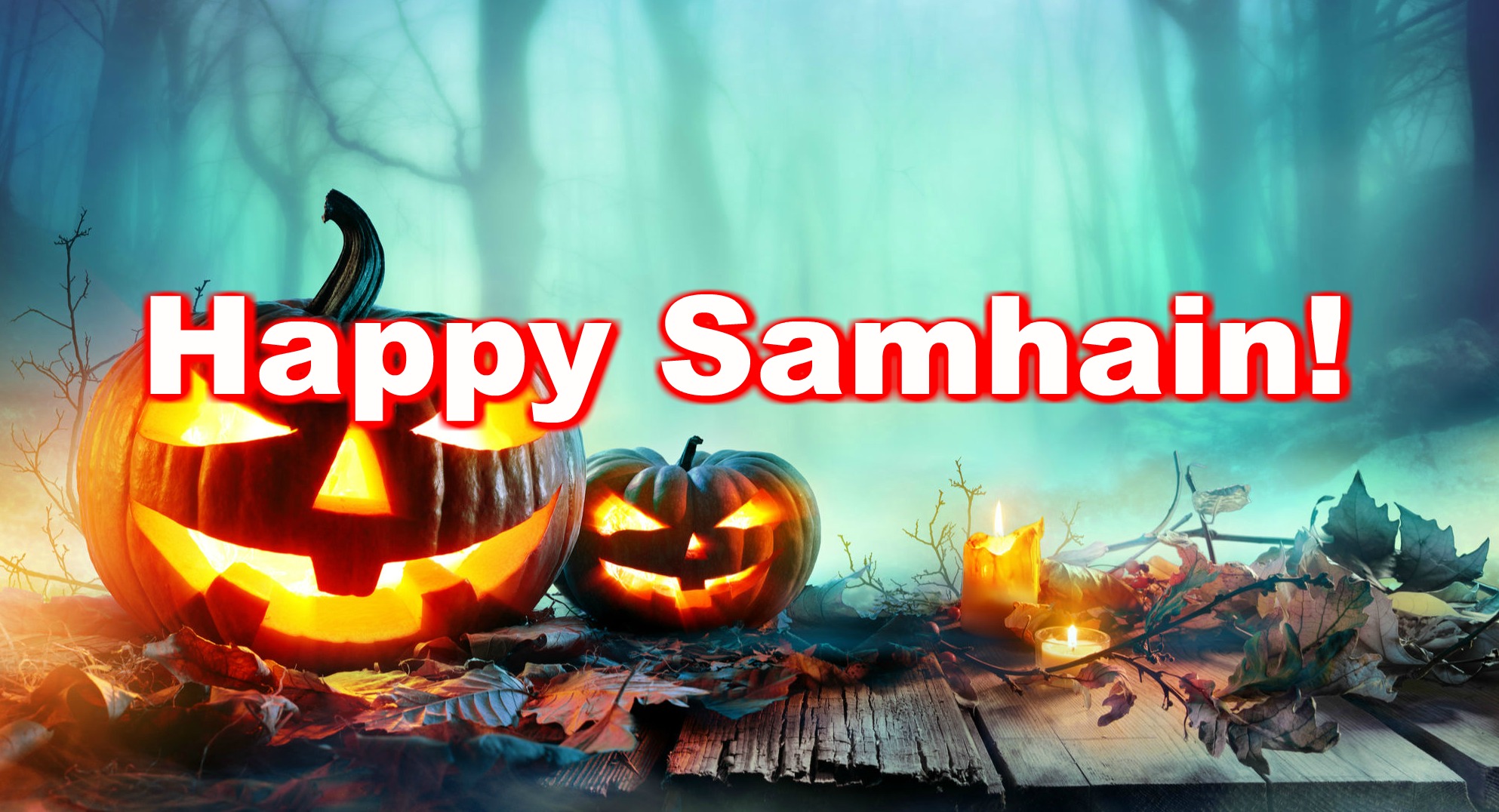 How do you celebrate Samhain?

Very interesting read, I am doing research in my class on Ancient Events. And this gave me more of an idea of what Samhain is. Thank you. 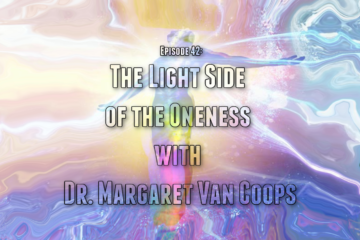 Episode 42: The Light Side of the Oneness with Dr. Margaret Van Coops 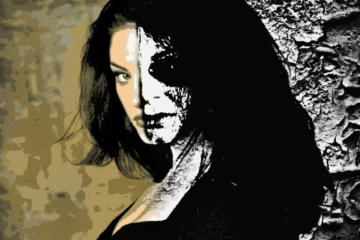 “The Shadow” is a term used in psychology, specifically being a theme in the work of famed psychologist Carl Jung. Now, Jung is easily the most profound and spiritual psychologist who ever lived and doubled Read more… 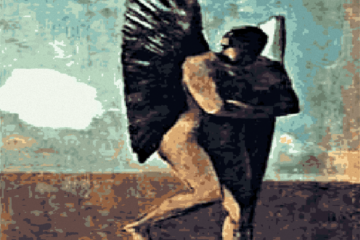 Article by Shawna Allard Angel communication | Learning how to hear the divine messages World full of Spirits Believe it or not, there are many spirits living among us, some good, some bad, some just Read more…